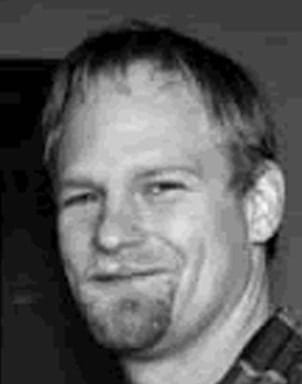 Joel Tolman is an associate professor in the Department of Chemistry.

Research in my lab is concerned with the development and application of novel NMR techniques to understand protein structure and function. In particular we are interested in how molecular dynamics, intermolecular recognition and the quaternary organization of multi-domain proteins serve to mediate biological function. NMR spectroscopy is particularly well suited to study such problems and its capabilities are still evolving. One area of continued research is centered on making NMR measurements when the protein is slightly aligned relative to the magnetic field. Most prominent among the benefits of this approach is the appearance of residual dipolar couplings (RDCs) in the NMR spectrum. These RDCs are relatively easily measured and represent an abundant source of highly precise information on the relative orientations of different internuclear 'bonds' within the molecule. In addition, RDCs exhibit sensitivity to molecular motions on the nsec-msec timescales, during which many functionally important motions occur. An ongoing effort is to develop effective experimental as well as analytical tools for the characterization of biomolecular motions at atomic resolution.

A more applied interest of the laboratory is the mechanism by which misfolded or unfolded proteins in the endoplasmic reticulum are targeted for degradation by the cytosolic ubiquitin-proteasome system. It is well established that attachment of a K48-linked polyubiquitin (polyUb) chain to a protein leads to degradation by the 26S proteasome. We are focused on understanding how an E2:E3 enzyme pair (Ube2g2:gp78) work together to assemble K48-linked polyUb chains and then attach them to the proper substrates. Of particular interest is how these K48-linked polyUb chains are assembled with high specificity and efficiency. The solution to this problem will, among other things, require an understanding of how gp78 allosterically activates Ube2g2's catalytic function and how multiple proteins interact with one another in a dynamic fashion during chain assembly.